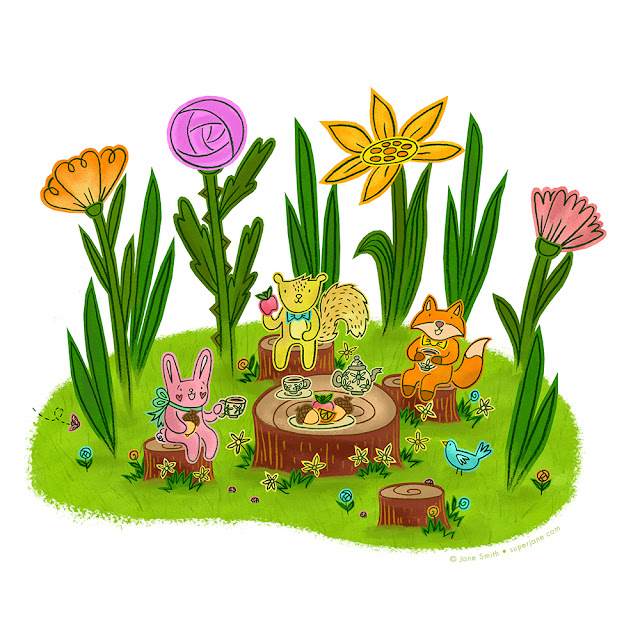 Welcome to the monthly children’s book review feature with a focus on diverse books here at Bird Meets Worm! My team of reviewers—Joan Charles, Laurie L. Young, Sarah Orgill—and I are so excited to be championing books celebrating everything from gender diversity, people of color, the LGBTQ community to ethnic, cultural and religious minorities, people with disabilities and developmental challenges to controversial topics, unique family situations and anything and everything I did not include. It is to say we take a rightfully broad view of diversity! We aim to shine a light on books that bring both familiar experiences to those who do not often see themselves represented in books and new experiences to those looking to expand their worldview. Here at Bird Meets Worm we believe in the power of story to build empathy and thus a better world for you and me and everyone. Look for a new review on the second Wednesday of every month. 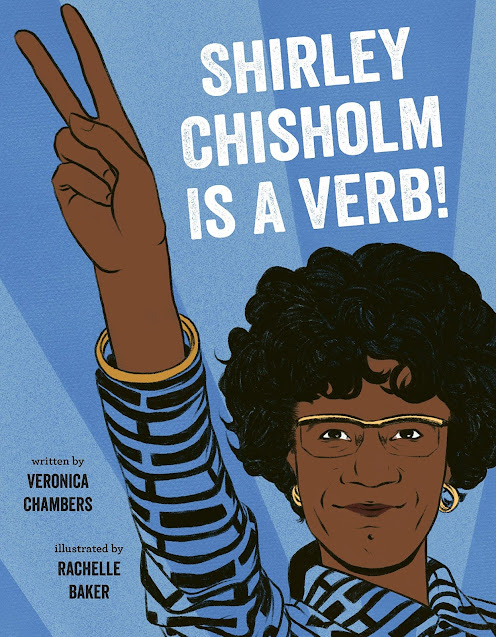 Verbs are action words. And a perfect device to describe the life of Shirley Chisholm.

CONNECT. SPEAK. ORGANIZE. LISTEN. CHALLENGE. Shirley Chisholm knew that words have power. She chose her verbs carefully and used them to create change. The author’s decision to call out certain verbs heightens the accomplishments of her subject, and the warmth in which she relates them to key moments, draws the reader in, enhancing this energetic biography.

Shirley called herself “Fighting Shirley Chisholm.” Those words propelled her from an early career as a nursery school teacher to her days in Congress to eventually becoming the first Black person, and the first woman, to run for the Democratic nomination for President of the United States. Her campaign paved the way for Geraldine Ferraro, Hillary Clinton, Barack Obama and Kamala Harris to run for the highest offices in the country.

The text is sprinkled with actual quotes from Ms. Chisholm including the often repeated, “If they don’t give you a seat at the table, bring a folding chair.” The book ends with a call-out to the reader to choose the verbs that will INSPIRE their own actions and move the world forward.

Rachelle Baker’s flat, graphic-style art brings each scenario to life, aptly showing the real woman who was a real-world superhero.

Welcome to my monthly interview feature! I’m so excited to be interviewing all the fabulous artists, illustrators and designers I’ve meet over the years (both personally and virtually!) and sharing their artwork and experiences here on Bird Meets Worm. Look for a new interview on the first Tuesday of every month.

This month I'm delighted to be catching up with the incredibly talented author-illustrator Benson Shum! I absolutely adore Benson's sweet and lively characters! He uses watercolor, ink and digital tools to create his illustrations. Trained in animation, his stories and paintings are expressive and full of movement. Benson is also an Animator at the Walt Disney Animation Studios, where he was a part of such films as Frozen, Big Hero 6, Zootopia, Moana, Frozen 2 and Raya & the Last Dragon. Originally from Vancouver, British Columbia, Benson now lives in Los Angeles, California. You can view more of his fabulous artwork here.

Q: Your NEW picture book, Alex’s Good Fortune, released with Penguin Random House, in December! (Congratulations! SO exciting!) Give us the full scoop on your bright & cheery Chinese New Year story: your approach for writing & illustrating it, your working relationship with your publisher & what you love best about it all!

A: Thank you so much for having me! I'm super excited about Alex's Good Fortune. I feel very fortunate to have an editor, designer and agent that believed in this story. When researching for the story, I asked my sister and parents what Chinese New Year meant to them and what we did to celebrate. Remembering my experience as a kid and what that felt like. I also learned a lot of new well wishes in Chinese while researching. For the illustration, I thought about what my nieces and nephews wore during the holiday, and that inspired Alex and Ethan's clothings. I tried to incorporate lots of reds and yellow. Red is a lucky color for Chinese New Year.

I loved working with my editor, Renee, on this project, as well as the designer, Julia. There's always so much to learn, whether it's positioning the characters in a certain way to make it read better with the text or adjusting that one word that makes all the difference. I'm so happy that I'm able to share the little things we did as a family growing up with the New Year's traditions.
(Psst! You can order your copy of Alex's Good Fortune here today:)
Barnes & Noble
Bookshop
Independent Booksellers
BONUS: Enjoy Alex's Good Fortune coloring pages, a make-your-own-lucky-banner and dumpling recipes!

A: Alex's Good Fortune was inspired by my family. We always had large gatherings for dinners on Sunday with my grandparents, cousins, aunts and uncles. It was loud with lots of laughter and lots of food. For Chinese New Year, my parents taught us to greet and wish well wishes to everyone we see, especially our elders. And some things we shouldn't do. For example, we shouldn't wash our hair on New Years day, as that will wash away luck for the New Year. Or sweep the floor, as you will sweep your fortunes out the front door! So we had to clean our rooms and wash our hair before the big day.

For advice on writing from our own experience, I would say don't be afraid to write or draw something that is personal and resonates with you. I feel if it's authentic to you, others will feel the same in one way or another. Plus, we'll all learn something new and that's always great.
Q: You are an animator for Walt Disney Animation Studios and have worked on many of the most celebrated animated films of the last decade. How has your background in animation influenced your storytelling as a children’s book author-illustrator?

A: Yes, I am an animator at the Walt Disney Animation Studios. I've been fortunate to be there for 9 years now. It's a dream. Animation has definitely influenced how I make books. We learn about posing and acting when we are animating, and I apply those same techniques when I sketch and paint. To bring life and expression to our characters.

Q: You have 5 picture books to your credit and 3 more releases upcoming, all while working a day job as an animator. Dish with us a bit about how you balance your freelance book work with your day job.

A: Yes, it can be a bit tricker. Sometimes I'm lucky when my book deadline happens when my work at Disney is a little slower, but if it's stacked, then I have to plan little goals of what I want to accomplish during the week. I plan a lot, so I don't stress myself out. I make little, tiny goals so I know I can hit them and avoid overwhelming myself. I feel that helps.
Q: One of those upcoming releases is a new picture book, Anzu the Great Kaiju, which debuts in fall 2021. (Hooray!) What can you tell us about this title?

A: Thank you! Yes, I'm super excited for Anzu the Great Kaiju. It's about a tiny kaiju named Anzu who is gentle, with a big heart, and wants to make his family proud. But all great Kaiju are ferocious. Can Anzu make them proud and stay true to himself?

A: My most perfect Sunday is to not do a whole lot. Go for a walk with our dogs. If there's an idea that's nudging me, I'll do a quick sketch. But I try to give a day to just hang out.
Thank you SO much for chatting with us here at Bird Meets Worm, Benson! Congratulations on Alex's Good Fortune!!!
Email ThisBlogThis!Share to TwitterShare to FacebookShare to Pinterest
Newer Posts Older Posts Home
Subscribe to: Posts (Atom)